A node is part of a 3D-weavement where
3 mutually perpendicular elements
meet and pass each other.

The 3 videos in
Home
show that
in the case of the weavement there shown
there are 16 nodes per fabric in each stack,
making a total of 64 nodes for that weavement.

Det. -A shows 2 such nodes.
They are opposite-handed & distinct.
The node on the left is left-handed,
the node on the right is right-handed. 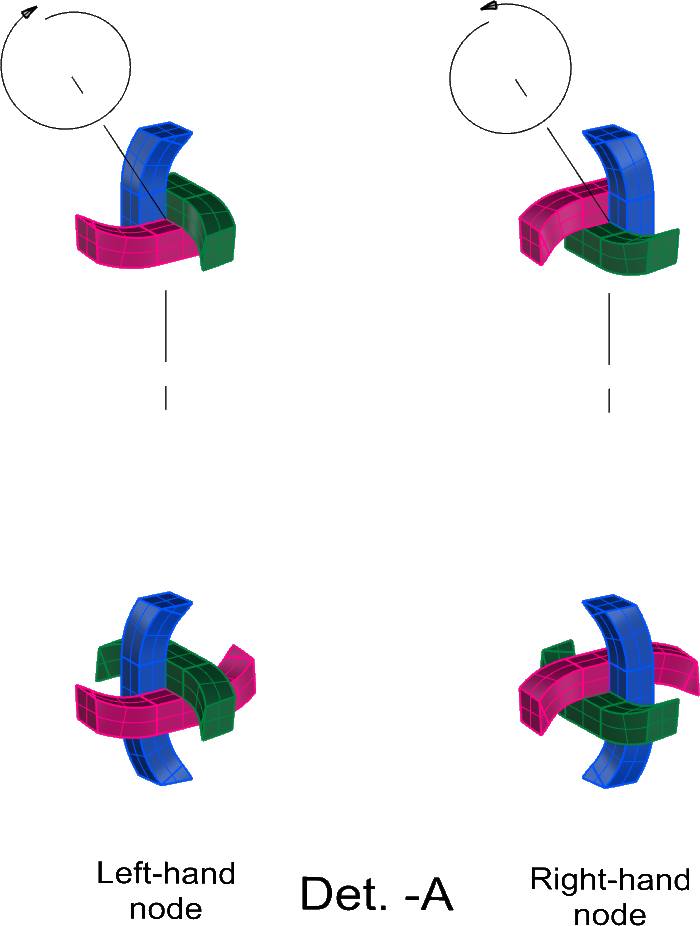 Det. -B. shows each node sectioned out
in a perfect cube-cut centered about it.

This allows for a weavement to be
represented schematically
in terms of its constituent nodes. 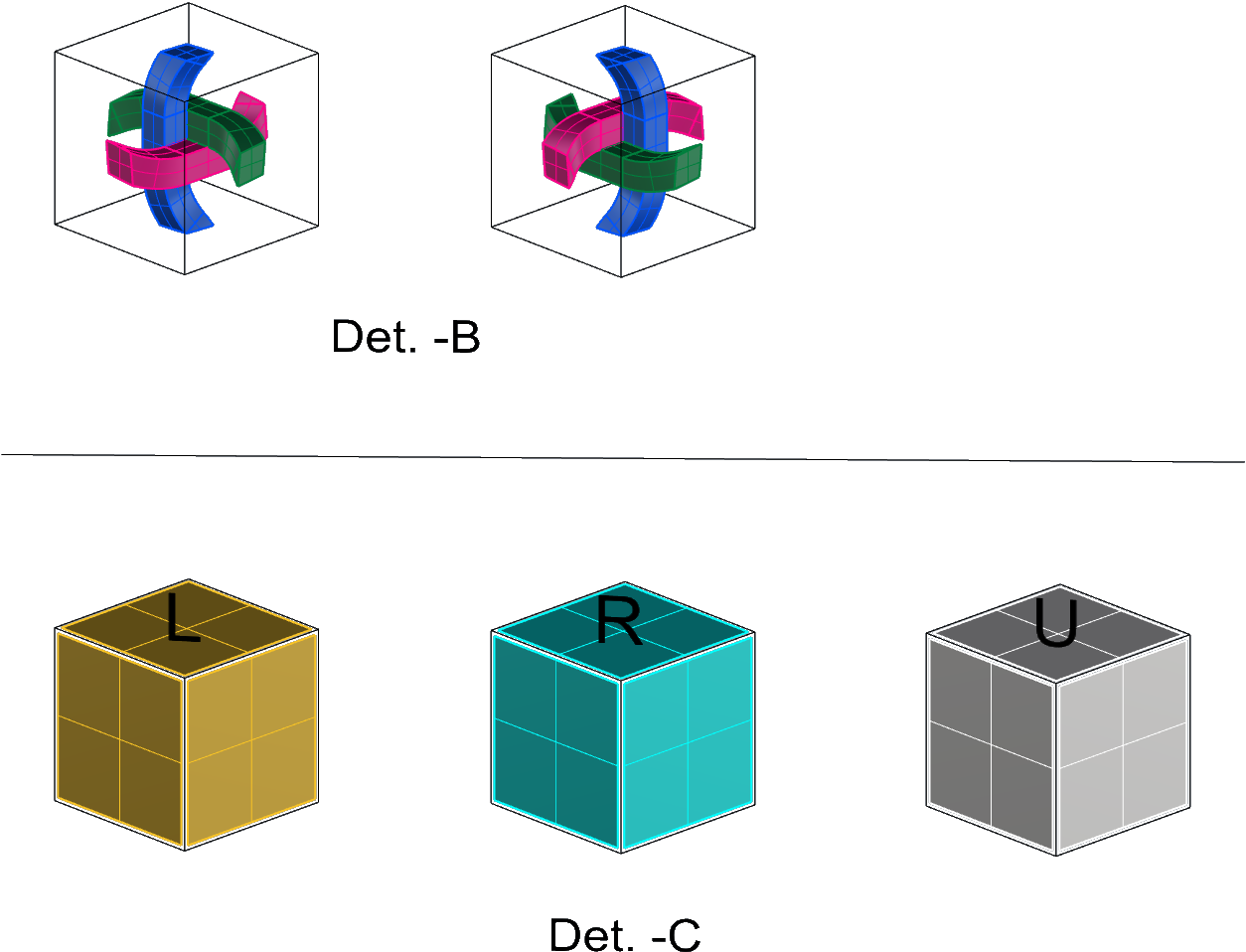 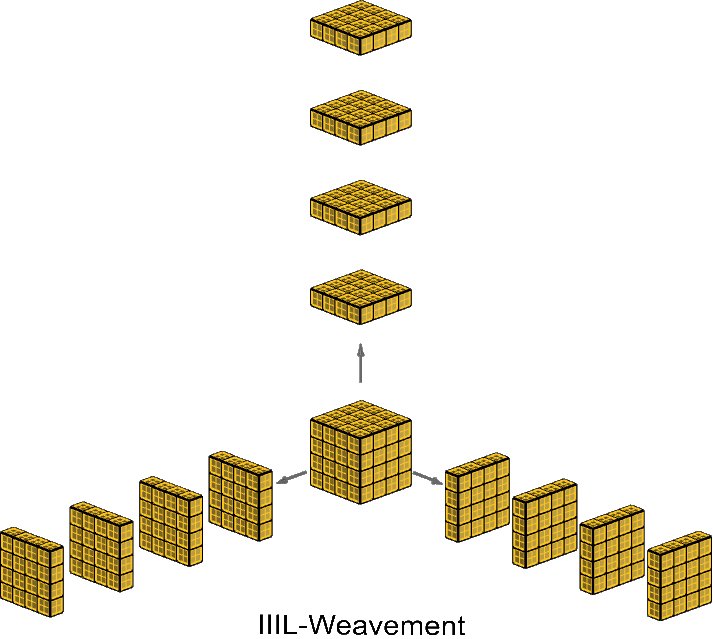 When there is no clear advantage of
one-weavement over the other,
the IIIL-weavement should be the default choice,
for the sake of common practice. 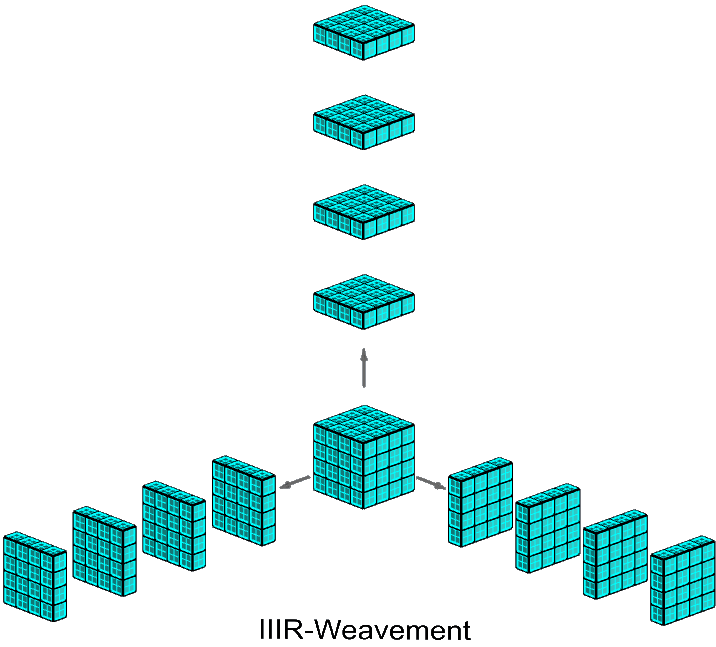